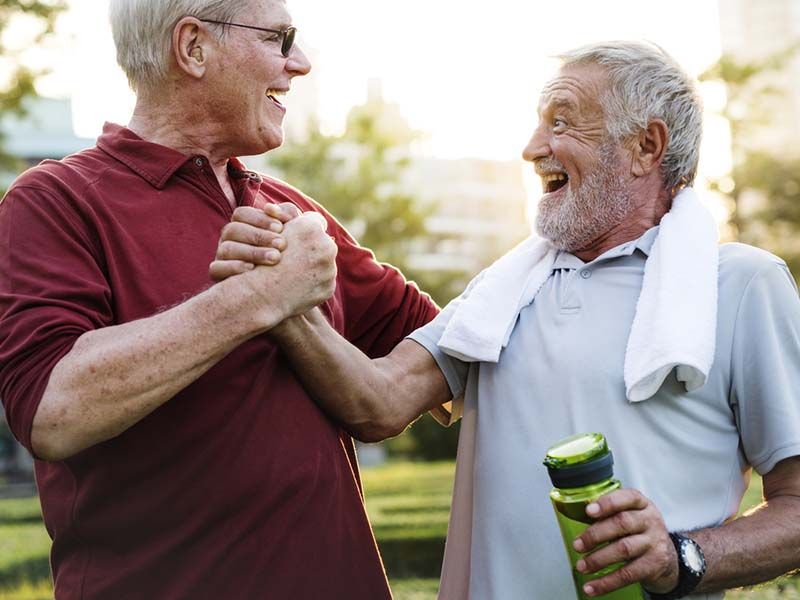 Getting Active Can Keep Those 'Senior Moments' at Bay

Want to preserve all those precious memories, including your first kiss and how you felt the first time you got behind the wheel of a car?

If you do, start moving: New research shows that when sedentary older adults started to exercise, they showed improvements in episodic memory, or the ability to vividly recall meaningful moments and events.

These benefits were most pronounced among folks who weren't experiencing any memory loss yet, but everyone saw some benefit when they exercised consistently several times a week.

Episodic memory is the first to show changes in people living with Alzheimer's disease, said Dr. Neelum Aggarwal, a neurologist at Rush Alzheimer's Disease Center in Chicago, who was not involved in the new study.

"As episodic memory is often tested in the physician office and is a complaint that is often cited by patients ... having a treatment plan that includes exercise is a positive and empowering way for patients to take care of their physical and brain health," she noted.

"Walking is the most underrated form of aerobic exercise, yet for many persons, is accessible, free to do and has multiple benefits beyond physical movement, namely reducing stress and enhancing well-being - all of which are important for brain health," Aggarwal said.

And you don't have to exercise every day, the study authors noted.

"Exercising for three times a week was enough to see a benefit, and it looks like it takes about four months to reap these benefits in episodic memory," said lead study author Sarah Aghjayan. She is a clinical and biological health psychology PhD student in the Kenneth P. Dietrich School of Arts and Sciences at the University of Pittsburgh.

And this makes sense, Aghjayan said.

"We know that regular physical activity can improve sleep and mood, improve your heart health, and impact your body weight, and all of these factors have an impact on brain and memory," Aghjayan explained.

Exercise has shown promise in increasing brain health as people age, but when it comes to memory, studies have been mixed until now, she noted.

For this latest study, Aghjayan and her colleagues reviewed 36 studies including 2,750 people (average age 71) who exercised for about 15 to 90 minutes three times a week for 18 to 39 weeks. Folks aged 55 to 68 showed the greatest improvements in memory when they exercised, the findings showed.

Still, some questions remain. "We don't know what intensity is needed to see these benefits," Aghjayan said.

Always get a green light from your doctor before embarking on a new exercise plan, and try to find something you enjoy doing so you will be more likely to stick with it, she advised.

"Our study looked at walking, dancing and swimming, but choose anything that piques and holds your interest, and choose something that a friend would want to do with you," Aghjayan suggested.

The findings were published online Feb. 17 in the journal Communications Medicine.

"What's good for your heart is good for your brain," said Dr. Laura DeFina, president and chief executive officer of The Cooper Institute, in Dallas.

It's never too late to start exercising, said DeFina.

"If you are older than 50, you do want your doctor's approval if you are a complete non-exerciser or couch potato," she said.

Check out the Physical Activity Guidelines for Americans from the U.S. Department of Health and Human Services.