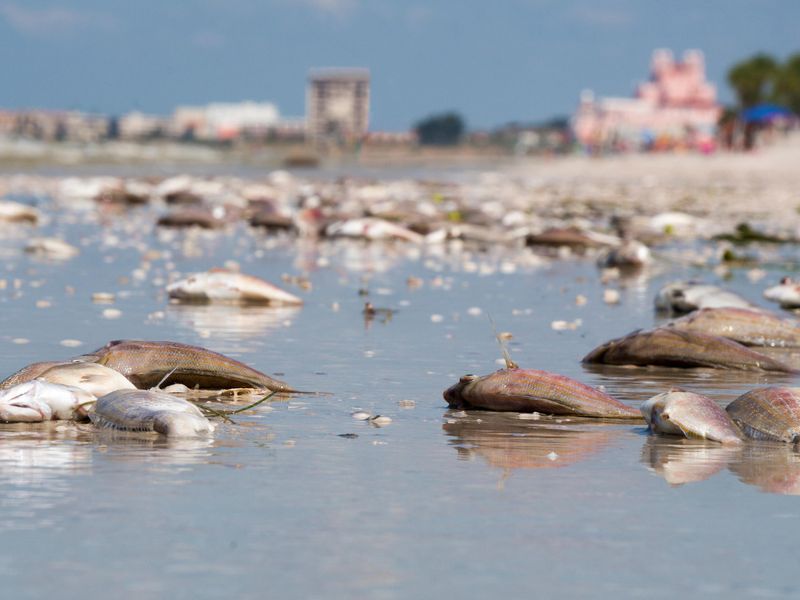 Red tide is a scourge of Southwest Florida, often littering beaches with dead fish and marine life and disrupting plans for boating and bathing.

But Mother Nature isn't entirely to blame for this blight.

Determining the causes of these blooms, while difficult, is important because they create harmful toxins that affect people, as well as sea and land creatures.

The researchers linked blooms in Charlotte Harbor and surrounding coastal areas to nitrogen inputs from the Caloosahatchee River, Lake Okeechobee and areas upstream of the lake.

"While red tide blooms develop naturally, we took a long view and found evidence that human activity has helped fuel coastal blooms in this estuary to varying extents between 2012 and 2021," lead study author Miles Medina said in a University of Florida news release. He's a research scientist with the Center for Coastal Solutions, in Gainesville.

According to study co-author Christine Angelini, director of the Center for Coastal Solutions, "This study confirms that nitrogen loads can, in fact, make red tide last longer. However, it is important not to jump to conclusions and immediately assign 'blame' for red tide events to a particular land use because other factors play a role as to the level of impact human activity will have."

The study was published in the June 25 issue of the journal Science of the Total Environment.

For over a decade, the state of Florida has acknowledged that nitrogen loads from the Caloosahatchee River are too high, the researchers noted. This paper indicates that there are additional benefits to reducing nitrogen loads such as a reduced presence of red tides that arrive on the coast.