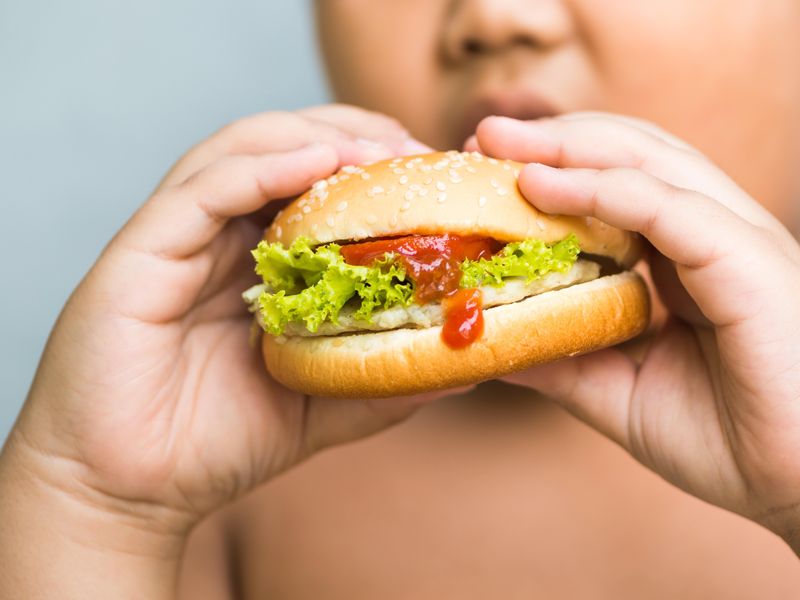 As early as age 6, children who carry extra weight could be headed down a path toward future diabetes or heart disease, a new study suggests.

The study, of nearly 1,000 Danish children, found that kids who were overweight often had elevations in blood sugar and insulin by the time they were school-age. They also had higher triglycerides (a type of blood fat) than their peers, but lower blood levels of HDL ("good") cholesterol.

Those differences were not, however, apparent among preschoolers who were overweight.

The researchers said the findings underscore the importance of a healthy diet and physical activity in the preschool years - before the effects of excess weight begin to arise.

But no one is pointing the finger at parents. Experts said childhood obesity is complex, and often intertwined with social factors that families do not control - like a lack of affordable healthy foods or safe places for their children to be physically active.

"Parents want the best for their children. They want them to have nutritious foods," said Amy Yaroch, executive director of the Gretchen Swanson Center for Nutrition, a nonprofit research institute in Omaha, Neb.

"But wanting the best, and being able to provide it, are two different things," added Yaroch, who was not involved in the study.

In general, she said, Americans live in a society that makes healthy eating and exercise challenging - where, among other things, we are surrounded by marketing for convenience foods designed to be tasty and enticing.

In fact, fast food outlets are far more plentiful than grocery stores, said Amanda Staiano, a pediatric obesity researcher who had no role in the research.

And for low-income families, the battle can be particularly tough.

"A lot of this does come down to income, resources, time and stress," said Staiano, who directs the Pediatric Obesity and Health Behavior Laboratory at Pennington Biomedical Research Center, in Baton Rouge, La.

The good news is, there are national programs that have been shown to improve diet quality among preschoolers and school-age kids - such as the Special Supplemental Nutrition Program for Women, Infants and Children (WIC), which gives nutrition assistance to low-income women with young children, and the National School Lunch program.

In fact, she added, it is often during summer months, when kids are out of school, where excessive weight gain happens.

In comparison to those school-age years, early childhood has traditionally gotten less attention when it comes to preventing and managing obesity, both Staiano and Yaroch said. But that is changing.

Yaroch pointed to a government-funded program called the National Early Care and Education Learning Collaborative, which was implemented in a number of U.S. states to foster healthy eating and exercise, and curb "screen time," in child care settings.

"The 0 to 5 years are when you're establishing taste preferences and behaviors," Yaroch said. "And the earlier you can intervene, the better."

In the new study, researchers at Copenhagen University Hospital Holbaek, in Denmark, followed 335 preschool children and 657 school-age children, aged 6 to 8. In both age groups, about 14% were overweight - meaning they had a body mass index above the 90th percentile for their age and sex. (In the United States, the 85th percentile is considered overweight).

On average, school-age kids who carried extra weight had higher blood sugar and insulin levels than their peers - an indicator they could be on a trajectory toward type 2 diabetes. They also had higher triglycerides and lower levels of heart-protective HDL cholesterol. And a year later, the percentage of school-age children who were overweight had risen to 17%.

The study, led by Dr. Christine Frithioff-Bøjsøe, was published online May 3 in the journal Obesity Research & Clinical Practice. The findings were presented at the European Congress on Obesity meeting in Maastricht, the Netherlands.

A caveat, Staiano noted, is that even among overweight school kids, blood sugar, insulin and other markers were still within normal range. But, she added, it is concerning to see the differences at such a young age.

"We don't know how this will affect them later in life," Staiano said.

One of the broad goals, according to Staiano, is to not only have formal programs aimed at child nutrition and health, but also practical tools families can use at home. She noted that sometimes simple advice from health care providers can go a long way - on, for example, reading your baby's hunger signals rather than always aiming to "finish the bottle," or giving appropriate portion sizes to toddlers.

Staiano said she thinks the American Academy of Pediatrics has been doing a good job of helping doctors and other providers to improve their skills in child weight management.

"I do think health care providers have a big role here," Staiano said. "But schools, communities and the corner grocery store can all do their part, too."

The American Academy of Pediatrics has advice on nutrition and exercise.