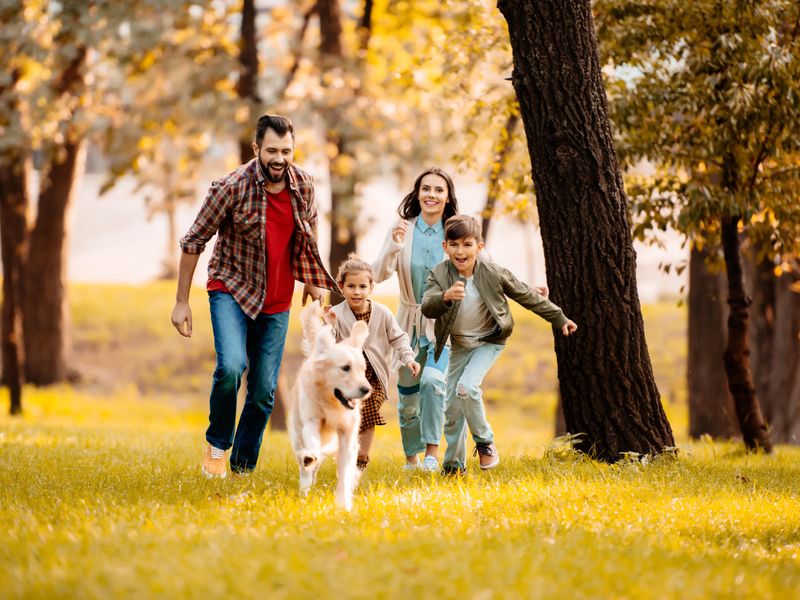 A Child's Pet Dog May Shield Them From Crohn's Disease

Add a lower risk of Crohn's disease to the many benefits of having a dog during childhood, a new study suggests.

"We did not see the same results with cats, though we are still trying to determine why," said senior author Williams Turpin, a research associate with Mount Sinai Hospital in Toronto and the University of Toronto.

"It could potentially be because dog owners get outside more often with their pets or live in areas with more green space, which has been shown previously to protect against Crohn's," he said.

The researchers also found that growing up in a large family may reduce future chances of developing this common type of inflammatory bowel disease (IBD).

They analyzed data from nearly 4,300 parents, siblings or children of people with Crohn's enrolled in the Crohn's and Colitis Canada Genetic, Environmental, and Microbial project.

Researchers focused on exposure to several environmental factors -- family size, pet dogs or cats, number of bathrooms in the house, living on a farm, drinking unpasteurized milk and drinking well water -- and age at the time of exposure.

Exposure to dogs -- especially when children are between 5 to 15 years of age -- was associated with a healthy balance between microbes in the gut and the body's immune response, which might help protect against Crohn's disease.

The researchers also found that living with three or more family members in the first year of life was associated with a healthier population of gut bacteria later on. The gut microbiome is believed to influence a number of health conditions, such as inflammatory bowel disease, colon cancer, diabetes and high blood pressure.

The findings were presented Monday at a meeting of the American Gastroenterological Association, in San Diego and online. Research presented at meetings is typically considered preliminary until published in a peer-reviewed journal.

"Our study seems to add to others that have explored the 'hygiene hypothesis,' which suggests that the lack of exposure to microbes early in life may lead to lack of immune regulation toward environmental microbes," Turpin said in a meeting news release.

Crohn's disease affects about 500,000 in the United States and causes symptoms such as diarrhea, abdominal pain and weight loss. It most often develops in young adults, smokers and those with a close family member who has irritable bowel disease.

For more on Crohn's, go to the Crohn's & Colitis Foundation.