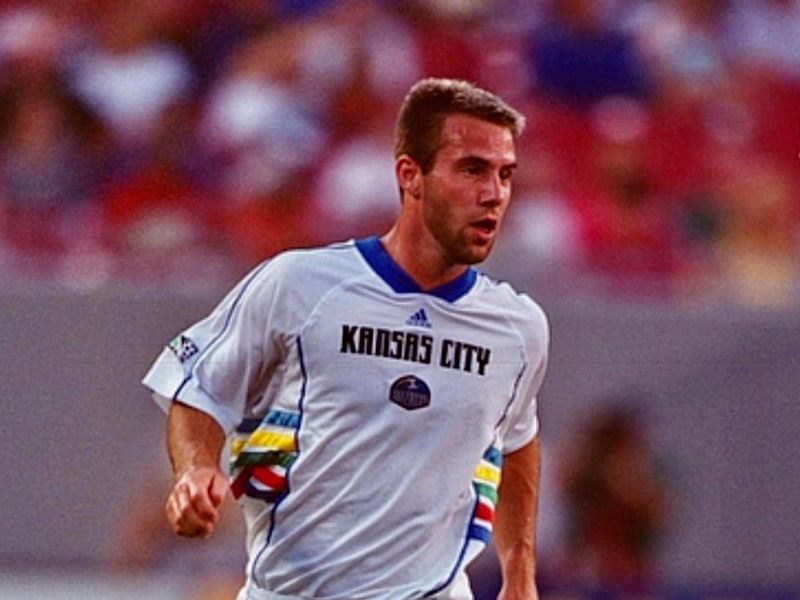 He is the first former MLS player diagnosed with chronic traumatic encephalopathy (CTE). Vermillion died from an accidental overdose in December 2020.

"This disease destroys families, and not just football families," said Dave Vermillion, Scott's father. "We want others to realize this can happen to anyone who is exposed to repetitive head trauma because we didn't even consider CTE when my son was struggling."

"He started withdrawing from his friends and family and we knew there was something going on, but we didn't know what," Dave Vermillion said in a foundation news release. "We hope this will be a wake-up call to the soccer community to support former players and get them the help they need, so some good can come from this tragedy."

Vermillion played on the Project 40 team before starting his professional career in 1998 with the Kansas City Wizards. He was a defender for the U.S. Men's National Team, also in 1998. In four seasons, he also played with D.C. United and the Colorado Rapids, before retiring with an ankle injury. He had played soccer for a total of 22 years, since the age of 5.

While in his 20s, he began developing impulse control issues, aggression, depression and anxiety, which later evolved into symptoms including apathy, substance abuse, social withdrawal and memory loss.

"We learn more about CTE and the dangers of repetitive head trauma with every brain that is donated to our center," said Dr. Ann McKee, chief of neuropathology for the VA Boston Healthcare System and director of the Boston University CTE Center and and VA-BU-CLF/UNITE Brain Bank.

"Mr. Vermillion has shown us that soccer players are at risk for CTE," McKee said in the release. "We need to make every effort to identify players who are suffering and provide them compassionate care and appropriate medical support."

The Brain Bank has studied dozens of other soccer players who played at various levels. They include semi-professional player Patrick Grange, the first American soccer player diagnosed with the disease in 2014, and former high school player Curtis Baushke.

"It is time for the global soccer community to have a real conversation about heading, especially in the youth game," said foundation co-founder and CEO Dr. Chris Nowinski.

"A dementia crisis tied to repetitive heading has been discovered among professional soccer players in the United Kingdom, and the same revelation may not be far behind in the United States. We urgently need to investigate how far this crisis extends into amateur soccer and immediately put in place reforms to prevent CTE in the next generation," Nowinski said.


Former players who may be struggling with CTE should know that there is help available, the Vermillion family said.

The Concussion Legacy Foundation HelpLine provides free, personalized support to patients and families battling concussion or suspected CTE symptoms. Anyone who needs assistance can reach out at CLFHelpline.org.

The Alzheimer's Association has more on CTE.