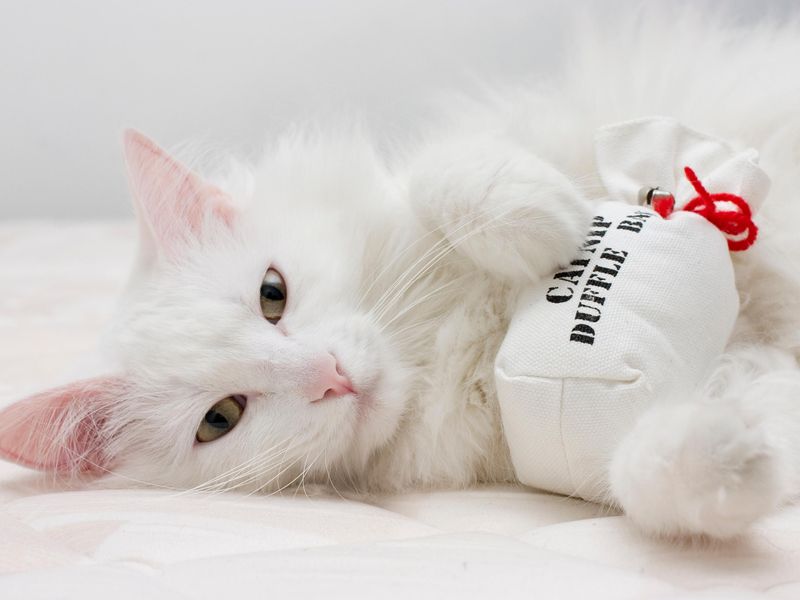 Does Your Cat Play Well With Others? Hormones Might Be Why

While cats often prefer to be alone and closely guard their territory, some seem to thrive on togetherness even at a crowded shelter.

Chalk it up to chemistry.

That's the takeaway of a new study that investigated the role hormones and gut bacteria play in felines' social behavior.

Simply put, the lower their levels of the male hormone testosterone and the stress hormone cortisol, the more willing cats were to live together, the investigators found.

But the more oxytocin they had, the more standoffish they were. That surprised the team led by Hikari Koyasu of Azabu University in Kanagawa, Japan, because oxytocin is the so-called "love hormone."

“Low testosterone and cortisol concentrations in cats enabled them to share the space and live together, but the higher the oxytocin, the less affiliative behavior with others and the more lonely they are,” the authors explained. “The function of oxytocin was different from that of affinity for a group-mate. Cats may not consider other individuals living in the same space as tight relationship group-mates.”

For the study, Koyasu's team collected samples of urine and feces from three groups of five cats living together in shelters. They also used cameras to observe cats' behavior for two weeks.

Comparing the populations of bacteria colonizing the cats' digestive tracts — or microbiomes — was also revealing.

Those who had more frequent contact with one another had microbiomes that were similar. The researchers also found links between gut bacteria, social behavior and cortisol levels.

And cats with high levels of the hormone oxytocin did not display bonding behaviors described as "socially affiliative," the team noted in a journal news release

Future research could include observing cats for a longer period — perhaps several months — the study authors said. They're also interested in learning more about cause-and-effect relationships between hormones and social behavior.

The University of Pennsylvania offers some more information about cat behavior.