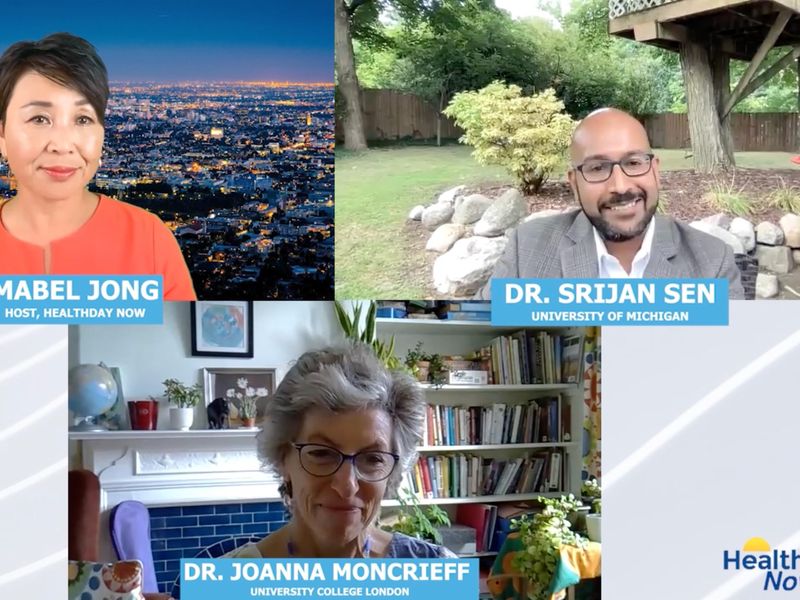 With 'Chemical Imbalance' Theory in Doubt, What's Next for Depression Care?

TUESDAY, Sept. 6, 2022 (HealthDay Now) -- For Mary Christ, the idea that depression is a chemical imbalance in the brain has always felt true to her personal experience.

A former educator, Christ, 57, has taken antidepressants for much of her adult life. She experienced bouts of anxiety and panic attacks from a young age, and those feelings intensified in adulthood and eventually sent her into a deep state of depression.

When she started taking antidepressants in her 30s, Christ slowly regained her functioning and felt her true self return. She said the medication has helped keep her at "a level point."

Christ is not alone in her opinion: According to surveys, more than 4 in 5 people believe that depression stems from imbalanced brain chemicals and, specifically, to low levels of the neurotransmitter serotonin. This explanation of depression has a corresponding treatment -- antidepressants known as SSRIs that are designed to boost serotonin levels and correct the so-called imbalance.

Psychiatric experts, however, say that this understanding of depression was disproven long ago. The theory was first proposed in the 1960s and was promoted heavily in the 1990s when pharmaceutical companies started developing and marketing this new class of antidepressants tailored to this theory.

While SSRIs were moderately effective in clinical trials, the serotonin theory was never proven. And the latest research suggests there is no one cause for depression.

The dissonance between the public's understanding of depression and the psychiatric literature came to a head recently when British psychiatrist Dr. Joanna Moncrieff, co-author Mark Horowitz and colleagues published an extensive review of existing studies in July and put the final nail in the coffin on the serotonin theory. The review was packaged as a revelation, one that debunks the common understanding of depression and its associated treatment.

"The vast majority of the general public believed that this is an established fact, that there is evidence to support this idea that depression is caused by low serotonin, and indeed, many people are taking antidepressants because of that belief," Moncrieff, a professor of critical and social psychiatry at University College London, said during a HealthDay Now interview. "That's why I thought it was really important to do this research and to be able to make a definitive pronouncement on the state of evidence of this theory."

The study generated extensive media coverage and controversy, with Moncrieff and her co-authors showering broad critiques on the depression treatment landscape. Other psychiatrists have stressed the difference between how a drug works and whether it works.

"We don't really understand fully how statins work for lowering cholesterol -- we're learning more about it. But the reason we use them is because of clinical trials," said Dr. Srijan Sen, director of the depression center at the University of Michigan.

SSRIs have been shown to provide moderate, often short-term benefits for some people, particularly those with severe depression. "They're not blockbuster drugs that help everyone," Sen told HealthDay Now. "But it's clear that there's a subset of people that these medications work for and a subset that they don't work for."

At the core of the research, however, nearly everyone agrees: depression is a complex and variable condition, and there is no definitive explanation for why and how antidepressants can be helpful.

For Mary Christ, all that matters is her personal experience with antidepressants, which she says helped her live again. She may not understand the precise effects of the medication on her brain, but she believes it is triggering something positive.

"I can't help but think and feel that it definitely has a chemical impact on me," Christ said during a HealthDay Now interview. "What happens with the serotonin exactly? I don't know. But clearly, if the research hasn't strongly backed that up, then there must be other things happening that they haven't figured out." She said she hopes this new research inspires a renewed push for answers.

But patients should not expect simple explanations like the serotonin theory to be discovered in the future.

"I think it's important to expect that there's going to be fits and starts, theories that pan out, and ones that don't," said Sen. "We shouldn't let those studies and fits and starts affect our understanding of whether the different treatments are working."

Encouragingly, the pipeline of new therapies has never been more crowded. In 2019, esketamine, a drug derived from ketamine, became the first new depression medication to receive approval from the U.S. Food and Drug Administration in decades and is now an increasingly popular option for patients who haven't benefitted from antidepressants. While not yet approved, psychedelic therapy for depression is also the subject of enormous research efforts and funding.

"I remember commercials of drug companies showing us neurons and serotonin levels changing, and that's oversimplifying and suggesting that we understood what was going on," he said. "I think we should be humble now that we don't, but also clear that understanding is not what drives our treatment recommendations."

There's more on depression treatment at the U.S. National Institute of Mental Health.