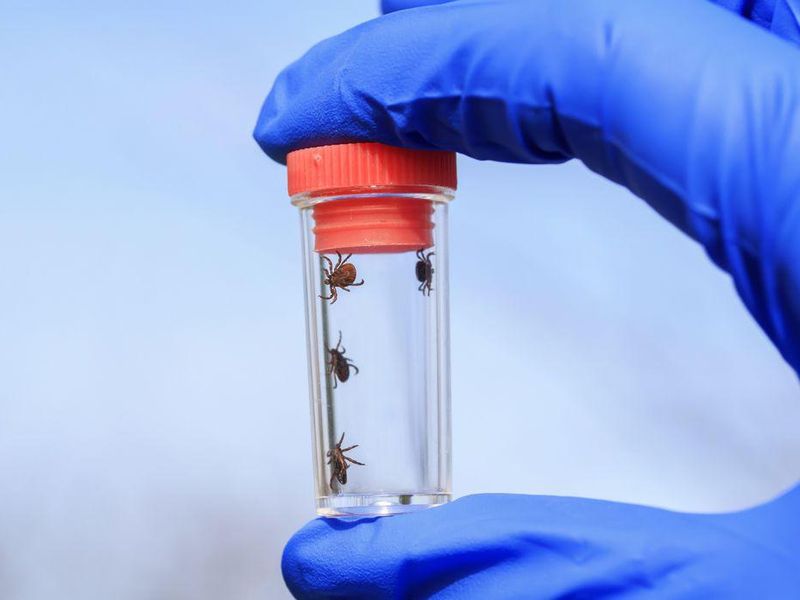 The tell-tale sign of Lyme disease is its bulls-eye rash, but that might be harder to spot in Black people, who are often diagnosed with more advanced disease than white people are, new research suggests.

The first sign of Lyme disease looks different on darker skin, and these differences are not usually reflected in images found in medical textbooks, explained study author Dr. Dan Ly. He is an assistant professor of medicine at the David Geffen School of Medicine at University of California, Los Angeles.

The bulls-eye rash typically surfaces soon after a bite from an infected deer tick, along with fever, headache, chills and muscle pain. It can take months for Lyme disease to spread to the joints, heart and/or nervous system. Lyme disease often resolves quickly when caught and treated early with antibiotics, but missing it in its earlier stages increases the risk it will spread and cause other potentially serious health problems, such as numbness, tingling, muscle weakness and/or meningitis (an inflammation of the membranes covering the brain and spinal cord), Ly explained.

For the study, his team tapped into Medicare claims data to compare the signs and symptoms of Lyme disease among close to 6,200 people when they were first diagnosed. They also looked at the time of year people received their Lyme disease diagnosis.

About 34% of Black patients showed neurologic signs of Lyme disease when they were first diagnosed, compared to only 9% of white patients, the study found.

Most tickborne infections occur during the summer, but Black people were also more likely to be diagnosed outside of the typical Lyme disease season, further suggesting a delay in early diagnosis, Ly said.

The study did have some limitations. The researchers relied on diagnostic codes from medical claims data, not more detailed patient charts.

The findings were published recently in the Journal of General Internal Medicine.

Two experts who were not involved with the study stressed the importance of early diagnosis of Lyme disease across skin types, as well as taking steps to prevent infection.

"If you miss Lyme disease in its early stages, there can be serious consequences," said Dr. Adam Friedman. He is chair of dermatology at George Washington University's School of Medicine & Health Sciences in Washington, D.C. "On lighter skin, the classic Lyme disease bulls-eye rash may appear red or pink, but on darker skin, it can be brown, black, purple or even off-white."

Many skin conditions look different based on skin type and tone. These differences should be emphasized in medical school and in the medical literature, so doctors and patients know what to look for, Friedman said.

Not everyone gets a rash with Lyme disease either, added Dr. Sunjya Schweig. He is the CEO and co-director of the California Center for Functional Medicine in Kensington and a scientific advisory board member at the Bay Area Lyme Foundation.

"Don't rely on a rash to determine if you have a tick-borne disease," said Schweig. "Know the symptoms of the first stage of Lyme disease, which include headaches, flu-like symptoms, joint pain, fatigue and sometimes a rash."

Taking steps to prevent tick bites will lower your risk for developing Lyme disease, he added. Prevention includes using insect repellent, wearing long pants and shirts when in wooded or endemic areas, checking for ticks, and removing them promptly if they are found.

The CDC has more on preventing tick bites.