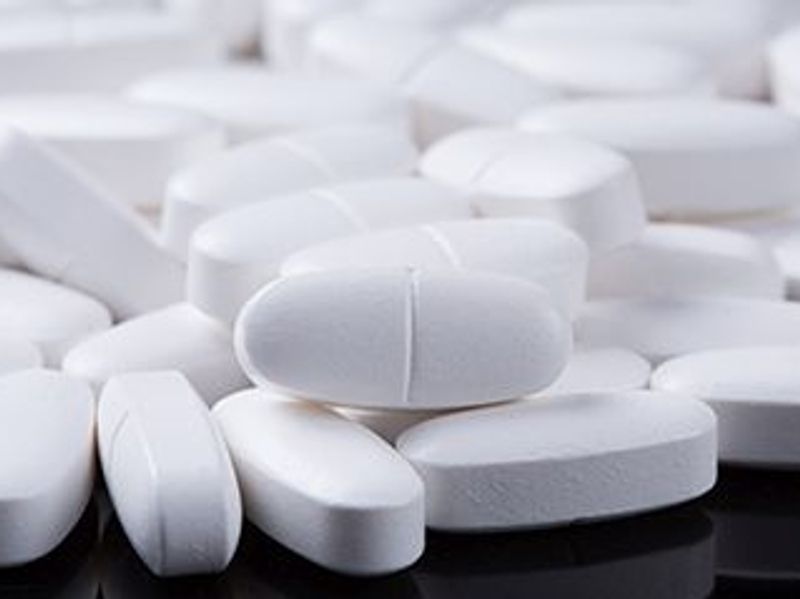 Regular Use of Acetaminophen Tied to Higher Heart Risks

Acetaminophen may do wonders for a headache, but using it for long-term pain relief could prove risky for people with high blood pressure, a new clinical trial suggests.

Over two weeks of use, the painkiller caused blood pressure to spike in people who already had elevated numbers, the researchers found. That was true whether they were on blood pressure medication or not.

The findings - published Feb. 7 in the journal Circulation - strengthen evidence that acetaminophen (Tylenol) can raise blood pressure when it's taken regularly.

But the study findings may also leave people with heart disease, or risk factors for it, with more questions about how to deal with long-lasting pain.

That's because other common painkillers - nonsteroidal anti-inflammatory drugs (NSAIDs) like ibuprofen (Motrin, Advil) and naproxen (Aleve) - are already known to raise blood pressure. What's more, they are linked to an increased risk of heart disease and stroke when used long-term.

Experts said it's not clear whether acetaminophen carries the same heart and stroke risks as NSAIDs. But the blood pressure rise seen in this trial is concerning.

"Especially in people who already have hypertension [high blood pressure], an increase in blood pressure is always bad," said Dr. Donald Lloyd-Jones, president of the American Heart Association and chairman of preventive medicine at Northwestern University Feinberg School of Medicine, in Chicago.

"This trial certainly gives us important information," added Lloyd-Jones, who was not involved in the research.

He said doctors should ask patients about use of acetaminophen and other medications whenever their blood pressure is hard to control.

And if patients do need to take acetaminophen for chronic pain, Lloyd-Jones said, their blood pressure should be carefully watched, with the help of home monitoring.

"We want to detect any blood pressure changes early, so we can respond appropriately," he said.

Acetaminophen is a fever reducer and pain reliever found in many medications, but is probably best known as the active ingredient in Tylenol.

Past studies have found that people who regularly use acetaminophen show a heightened risk of developing high blood pressure. But those types of studies do not prove the medication is to blame, said Dr. David Webb, senior researcher on the new study.

So Webb's team conducted a clinical trial that directly tested the effects of acetaminophen on people's blood pressure.

That way, each person served as their own "control," which helped isolate any effect of the drug.

On average, the trial found, participants' blood pressure rose by 5 points while they were on acetaminophen, compared to the placebo.

It's still possible acetaminophen is a safer choice than NSAIDs, according to Webb, a professor at the University of Edinburgh in Scotland.

At this point, he said, it is unclear how they stack up in long-term risks of heart trouble or stroke. Plus, he added, NSAIDs are more likely to cause gastrointestinal upset and bleeding.

But in addition to safety, people in pain also want relief. Webb said an NSAID might be preferred when a patient needs an anti-inflammatory, which acetaminophen is not.

With all of that in mind, Lloyd-Jones said, it's best for people to discuss all their pain treatment options - drug and nondrug - with their doctor.

That point was echoed by Dr. Gregg Fonarow, another cardiologist who reviewed the findings.

If acetaminophen must be used long-term, people should watch their blood pressure numbers - even if they do not currently have high blood pressure, said Fonarow, a professor of cardiovascular medicine at the University of California, Los Angeles.

What about quick relief from a fever or headache? Fonarow said that using acetaminophen short-term, intermittently, is unlikely to be a concern.

Webb had another word of advice: If acetaminophen is the choice for longer-term pain relief, start with a low dose, and go no higher than is needed to ease the pain.

The trial was funded by the British Heart Foundation. None of the researchers report any financial conflicts of interest.