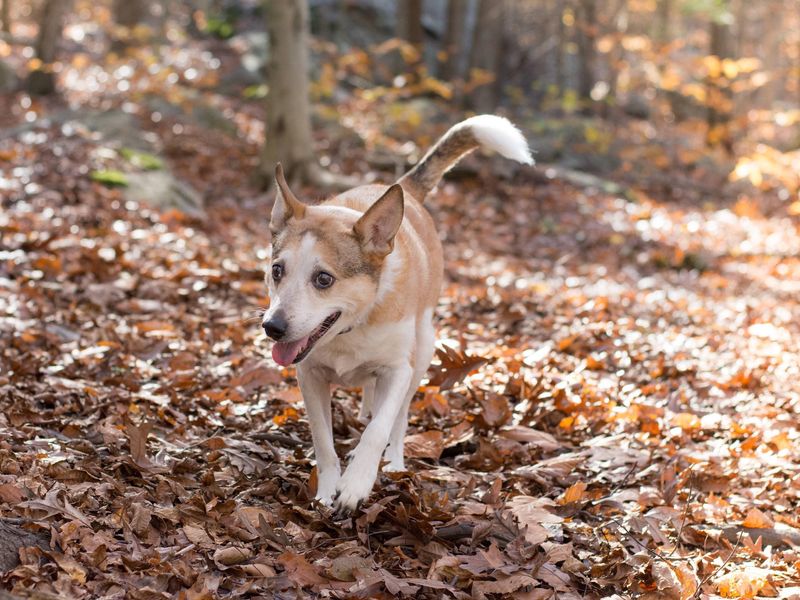 Your Dog's Breed Has Little Influence on Behavior, Study Finds

For the past couple of centuries, humans have been breeding dogs to meet specific physical characteristics - to make Golden Retrievers fluffy, to make Rottweilers muscular, or to make Chihuahuas tiny.

Dog enthusiasts have thought they also were passing along specific behavioral traits within breeds, giving rise to certain stereotypes - Golden Retrievers are affectionate and fun-loving, Rottweilers are confident and aggressive, and Chihuahuas are yappy and excitable.

But what breed a dog is might actually account for as little as 9% of its behavioral traits, a new genetic study shows.

Instead, all dogs appear to share a wide range of behaviors developed during the 10,000 years they've spent with humans, and particularly in the past couple of millennia during which they have been given specific jobs like guarding or herding, the researchers said.

Modern breeding has been good at altering how dogs look, but not necessarily how individual dogs will behave, the study concluded.

"But because these behaviors pre-date breeds, we also see them in other breeds and other dogs that are not exclusive to those particular breeds," Lord said. "So I've known Labradors who've howled and Papillons who pointed and Greyhounds who retrieved, as well as Retrievers who didn't."

In particular, the researchers found that aggressiveness - how easily a dog is provoked by things that are frightening or uncomfortable - is almost completely uninformed by breed.

"When we looked at this factor that we call the 'agonistic threshold,' which included a lot of questions about whether people's dogs reacted aggressively to things, we weren't seeing an effect of breed ancestry on that particular factor," said senior researcher Elinor Karlsson, a professor of bioinformatics and integrative biology at the University of Massachusetts.

Aggression not linked to breed

Given that, legislation that bans specific breeds deemed to be aggressive and dangerous "doesn't seem to make a lot of sense to us," Karlsson said.

American Kennel Club (AKC) Chief Veterinary Officer Dr. Jerry Klein agreed that the findings "could certainly be helpful in destigmatizing breeds that are categorized as dangerous, which is something we advocate against."

According to Klein, "There are several factors including, but not limited to, environment, nutrition and socialization that can affect a dog's behavior, and those factors should be taken into consideration as each dog is different."

However, the AKC will not go so far as to accept that breed is meaningless to an individual dog's behavior, Klein added.

"It is the AKC's position that breed does inform about general and instinctual behavior, and is the reason owners should consider behavioral tendencies before selecting a breed in order to make an educated and informed decision that will lead to a happy, lifelong commitment to your dog," he noted.

For this study, published April 29 in the journal Science, Karlsson and her colleagues sequenced the DNA of 2,155 dogs, including both purebred canines and mixed-breed mutts.

The investigators then compared this data with more than 18,000 pet owner surveys from Darwin's Ark, an open-source database of owner-reported canine traits and behaviors, to see whether certain genetic traits lined up with specific types of conduct.

"People are actually very good at telling us about their dog's behavior," Karlsson said. "They spend a lot of time watching it. And if you ask them, they will tell you, and they tell you really accurately."

The researchers found that most behavioral traits can be inherited, but when they looked at mixed-breed canines they found that specific genetics didn't always hold sway over an individual dog's behavior.

"Mutts were actually the perfect kind of dog for assessing out the connections between breed and behavior, because among these mutts you'll find dogs are naturally shuffled up in their physical appearance, their personality traits, their disease risks and their DNA," said lead researcher Kathleen Morrill, a graduate student with the University of Massachusetts.

For example, owners reported that Beagles as a breed are known to howl more, Labrador Retrievers tend to be more sociable with humans, and Border Collies are more likely to respond to commands from a human.

"If that's actually a genetic trait," Karlsson explained, "then when we go and look in the mixed-breed dogs, we should see that dogs that have more Beagle ancestry or more Bloodhound ancestry - say a dog with 70% Beagle versus a dog at 30% Beagle - we should see that those dogs are also more likely to be howlers because it's a genetic trait and they have more ancestry from that background."

It didn't wind up being as clear-cut as that.

For example, the researchers found no significant effect of Labrador genetics on an average mixed-breed mutt's inclination to be sociable with humans. On the other hand, Border Collie genetics were associated with a tendency to take direction from humans.

"We have to accept that our dogs are individuals. Just as with our children, yes, they came from the same parents, but they're not identical," Karlsson said.

"If you talk to anybody who's owned eight dogs of the same breed, they'll tell you all the reasons why all of those dogs are different from one another. You see this huge diversity within each breed," Karlsson added. "And so even if the average is different, you've still got a really good chance of getting a dog that doesn't match what people say that breed is supposed to be."

The American Kennel Club has more about dog breeds.