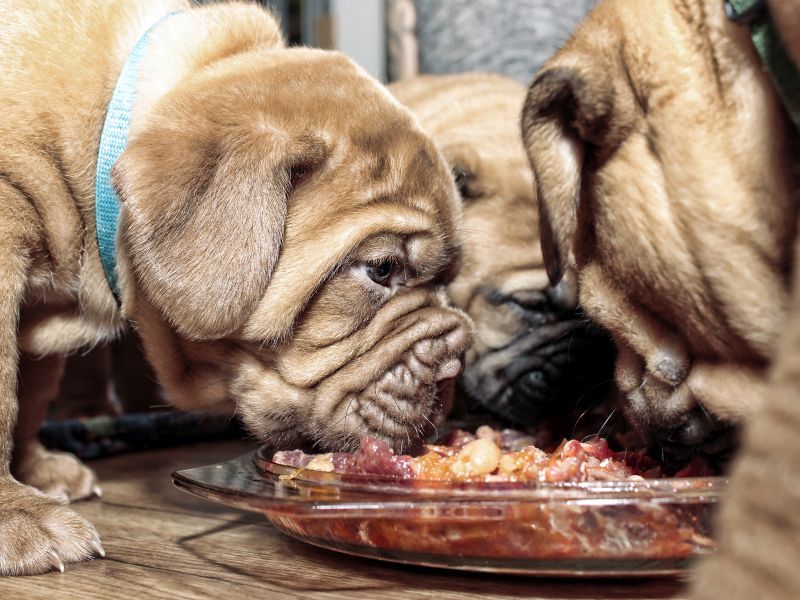 Raw Meat Diet May Have a Downside for Dogs

Feeding raw meat to your dog may spread antibiotic-resistant bacteria, according to researchers who studied the poop of dogs fed these diets.

What did the British scientists find? Dogs who were fed raw meat were more likely to shed antibiotic-resistant Escherichia coli in their feces.

Meanwhile, past research has found that daily interactions between dogs and their owners have the potential to spread bacteria.

"We know humans and animals share bacteria with one another, so what we find in your pet may well also be in you," said Kristen Reyher, a professor of veterinary epidemiology and population health at the University of Bristol Veterinary School and a co-author on the research.

"Pet owners should be encouraged to practice good hygiene and not feeding raw food to your dog can be part of this," Reyher said in a university news release. "We can all do our part to decrease antibiotic resistance and its terrible effects on both human and animal health."

For pet owners, that might mean not feeding their dogs raw meat or, if they do, taking extra precautions when handling the meat and using more caution when cleaning up dog poop.

The two latest studies researched raw meat diets in both adult dogs and 16-week-old puppies, a total of more than 800 dogs.

The owners completed questionnaires about their dogs and the dogs' diets and environment. They also provided fecal samples from their pets.

Researchers analyzed the samples for the presence of antibiotic-resistant E. coli. They did risk factor analyses to explore the associations between lifestyle factors, environments reported in the owner survey and the detection of resistant E. coli.


The team found that dogs who were fed raw meat diets were more likely to excrete antibiotic-resistant bacteria, regardless of age or the length of time they were fed the diet.

"Antibiotic-resistant bacteria are everywhere, but some antibiotics are considered critically important for use in humans. We have shown that dogs fed raw meat are more likely to carry bacteria resistant to these important medicines," said Matthew Avison, a professor of molecular bacteriology from the university's School of Cellular and Molecular Medicine, who led the microbiology aspects of the studies. "This doesn't mean that the animal, or the owner, will become sick."

E. coli is a widespread bacterium that is found in the intestines of all humans and animals, Avison said. He noted that it is a common cause of many diseases including urinary tract infections and can cause serious illness, including sepsis, if it spreads to other parts of the body.

"We should do everything we can to reduce the circulation of critically important antibiotic-resistant E. coli and other bacteria," Avison said in the release. "Our research adds to the increasing evidence that not feeding raw meat to dogs may help in that objective."

The findings from the second study were published July 21 in the Journal of Antimicrobial Chemotherapy, while the other report was published earlier this year in the journal One Health.