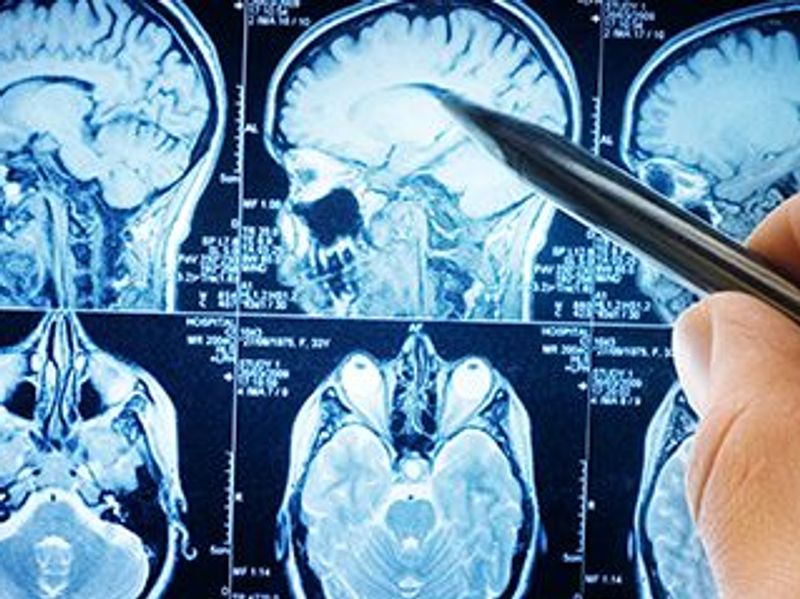 The U.S. Food and Drug Administration on Thursday gave its approval to a new drug for ALS (amyotrophic lateral sclerosis), also known as Lou Gehrig's disease.

But approval of the drug, called Relyvrio, is bound to stir new questions, with some doubting the strength of data supporting its effectiveness. Patient advocate groups had strongly lobbied the FDA for its approval, however.

"This approval provides another important treatment option for ALS, a life-threatening disease that currently has no cure," Dr. Billy Dunn, director of the Office of Neuroscience in the FDA's Center for Drug Evaluation and Research, said in an agency statement. "The FDA remains committed to facilitating the development of additional ALS treatments."

The drug's path to approval has been a rocky one. Last March, an FDA panel looking at the drug voted 6-4 against approval.

But following a rare second review, the same panel on Sept. 8 voted 7-2 to support approval for the experimental drug.

Getting the drug approved has become a rallying cause for patients, their families and members of Congress, the Associated Press reported. They've contended that enough evidence exists to support Relyvrio's safety and effectiveness in patients with a disease that has no cure.

In the second review -- convened after a massive lobbying effort by the drug's supporters -- members of the FDA panel debated for hours, the AP said. The panelists' main focus was the strength and reliability of the one study conducted by the drug's maker, Amylyx Pharmaceuticals Inc.

In the end, a majority of panelists backed the medication.

"To deprive ALS patients of a drug that might work, it's probably not something I would feel terribly comfortable with," Dr. Liana Apostolova of Indiana University's School of Medicine, who voted for approval, told the AP at the time. "At the previous meeting, it wasn't that clear and it's still questionable."

One new factor encouraging a "yes" vote from panelists may have been a deal struck between Amylyx and the FDA to remove Relyvrio from the market if its effectiveness is not borne out in a new large, ongoing study. Amylyx co-CEO Justin Klee said the company would voluntarily withdraw its drug should that come to pass.

"I'm somewhat assured that if an approval is issued it can be withdrawn in the future," Apostolova said.

At the opening of the Sept. 8 meeting, Dunn said the data supplied by Amylyx still raised "concerns and limitations." But he also said that “we are highly sensitive to the urgent need for the development of new treatments for ALS."

In the statement issued by the agency on Thursday, the FDA pointed to data from a six-month randomized clinical trial.

"In the trial, 137 adult patients with ALS were randomized to receive either Relyvrio or placebo. The patients treated with Relyvrio experienced a slower rate of decline on a clinical assessment of daily functioning compared to those receiving a placebo," the agency said. Longer-term tracking of patients who'd taken Relyvrio also suggested improved survival.

Amylyx said it had gathered follow-up data on the study that concluded that the drug extended the life of ALS patients by about 10 months.

There are currently only two FDA-approved medications for ALS, which kills nerve cells and slowly robs patients of the ability to walk, talk or even swallow. Most people with ALS die within 3 to 5 years of diagnosis, usually from respiratory failure.

Relyvrio can have side effects, the FDA noted. "The most common adverse reactions experienced with Relyvrio were diarrhea, abdominal pain, nausea and upper respiratory tract infection," the agency said. "Relyvrio contains taurursodiol, a bile acid, which may cause worsening diarrhea in patients with disorders that interfere with bile acid circulation."

Approval of the combined medication could require insurers to cover it. It's delivered in powder form taken via a feeding tube or orally, dissolved in water.

Two panelists voted against approval during the second review. One of them, Dr. Caleb Alexander of Johns Hopkins University, said he wasn't persuaded by Amylyx's promise to pull Relyvrio from the market if it failed in the new trial.

"I think the FDA -- with all due respect -- significantly understates the complexity and likelihood of their pulling the product from the market," Alexander told the AP.

External input came from patient and advocacy groups, including I AM ALS, founded by patient Brian Wallach. Wallach takes the dietary supplement piece of the treatment.

"Patients do their homework -- we know this isn't going to cure us," Wallach, who was diagnosed with ALS in 2017 and spoke through an interpreter, told the AP. "But we also know it might keep us here until the next drug comes along and that one might be a cure."

Greg Canter was diagnosed with ALS in 2018 and participated in Amylyx's study. "I'm asking you to approve it because I know it works. It's extending my life and I want that for others," he said. Canter credits the drug with improving his lung capacity and slowing his functional decline.