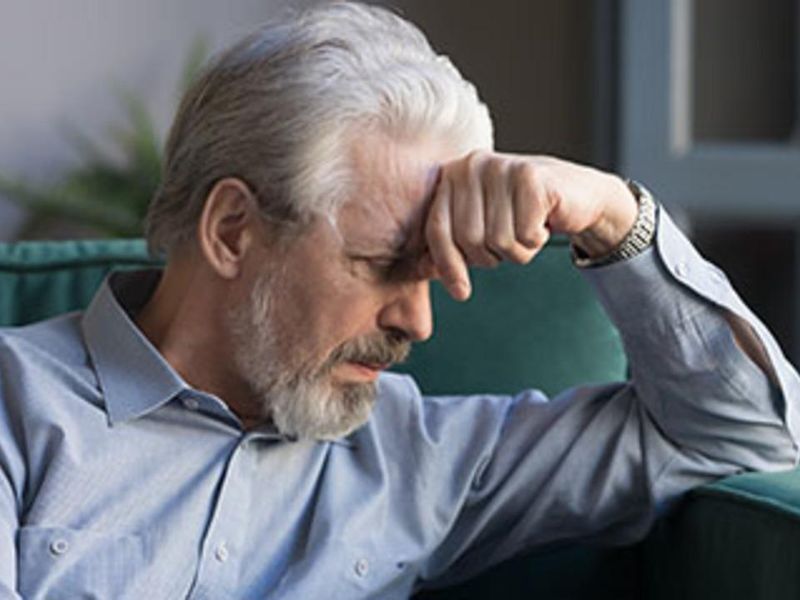 Unlucky in Love? It Can Damage Men's Health, Study Finds

Men who are broken-hearted or just unlucky in love could be more likely to have health-damaging inflammation, new research suggests.

Serious breakups and solo living for many years may increase the risk of ill health and death -- but apparently only for men, according to the researchers behind a new Danish study.

"Small numbers of breakups or years lived alone is not in itself a risk of poor health," the study authors noted.

But the combination of long-term solitary living and multiple failed relationships is shown to affect levels of two inflammatory markers significantly, the investigators found.

The research team, which included Rikke Lund and Dr. Karolina Koch Davidsen, both from the University of Copenhagen department of social medicine, used data from the Copenhagen Aging and Midlife Biobank for over 4,800 participants (aged 48 to 62) between 1986 and 2011. This data included information on serial partnership breakups supplied by most of the participants and the number of years lived alone supplied by all participants.

About half the participants had experienced a partnership break-up, and a similar percentage had lived alone for more than one year, according to the report published online Jan. 10 in the Journal of Epidemiology & Community Health.

No such associations were found among women, according to the report.

That may be partly explained by the inclusion of just 1,499 women in the study, but the authors also suggested that men tend to externalize their behavior following a partnership breakup, by drinking, for example, whereas women tend to internalize, having depressive symptoms. This may influence inflammatory levels differently.

The team also pointed out that participants had an average age of 54, when the consequences of exposure to inflammatory chemicals have not yet peaked. Men also generate stronger inflammatory responses than women of the same age, the team pointed out in a journal news release.

However, immune system competence wanes with age, which can lead to the systemic low-grade inflammation associated with diseases such as cancer, cardiovascular disease and type 2 diabetes, the researchers said.

"The levels of inflammation in our study are low, but they are also significant, clinically relevant, and most likely a risk factor for increased mortality," the study authors explained. There are "notable numbers of people living with low level inflammation," they added.

"Since the number of one-person households has been increasing throughout the past 50 to 60 years in most high-income countries, this group of people going through relationship breakups, or who are living on their own for different reasons, are part of at-risk groups," the study authors said.

The U.S. National Cancer Institute has more on chronic inflammation.