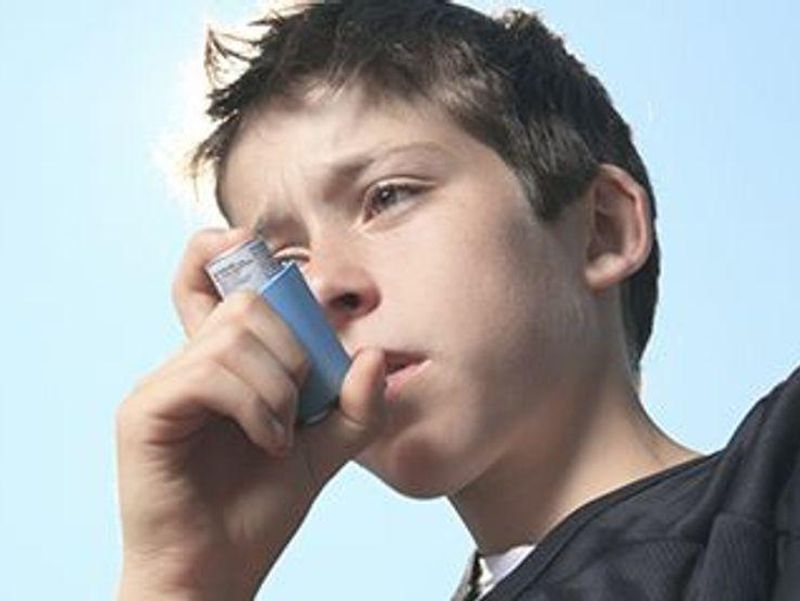 Can your weight before pregnancy determine your baby's chances of developing asthma or allergies?

Yes, claims a study that looked at that question, as well as whether weight gain during pregnancy might have an impact.

"We did find that there was a link between the mother's weight before pregnancy, entering pregnancy, with the development of certain allergic diseases among children," said study author and epidemiologist Sebastian Srugo.

"We did not find the same association with gestational weight gain, weight gain during pregnancy and these diseases," said Srugo, who was a graduate student at the University of Ottawa at the time of the study.

The Canadian study used health records of almost 250,000 births in Ontario that occurred between 2012 and 2014. With these records, the researchers were able to identify each mother's weight and weight gain before and during pregnancy. They also were able to follow the data on their children from birth to age 7.

The researchers found that children born to mothers who were obese were more likely to develop asthma than their peers. Their risk was 8% higher. They were slightly less likely to develop dermatitis and anaphylaxis.

Being underweight was associated with an increased risk of dermatitis. The investigators found no link between the amount of weight a woman gained during her pregnancy and childhood allergic disease.

"We do have a theory, and other studies and researchers have looked into this as well and found some credence to it, which is that obesity is known to already be, in the general population, an inflammatory condition," Srugo said. "What that means is that people who are obese have higher inflammation in the body. And we know from other data that inflammation can actually reach the baby in utero.

"We believe that inflammation while the fetus is developing their immune system leads to potentially abnormal development in the immune system, which can later on present itself as these allergic diseases," Srugo added.

More than 50 million Americans also suffer with allergies, according to the Asthma and Allergy Foundation of America.

Among the known causes of allergies are genetic predisposition and exposures, said Dr. Cristina Porch-Curren, an allergist in Camarillo, Calif., and a fellow of the American Academy of Allergy, Asthma and Immunology. Asthma typically is related to a person's allergies. A virus such as respiratory syncytial virus (RSV) can also increase asthma risk.

In women, it's not uncommon for allergies to develop at times of hormone changes, including when someone starts menstruating, while pregnant and during menopause, Porch-Curren said. There are a lot of theories, but she is hesitant to say that there's something that someone can do to prevent their baby from getting allergies.

A big topic of conversation now is whether pregnant women should avoid or eat high-allergy foods.

"We've just recommended that people continue with their diets and eat the high-allergy foods," Porch-Curren said.

The question about whether a mother's weight impacts a child's future allergies is a very difficult one to study, said Dr. Alison Cahill, a professor in the Department of Women's Health and director of the Health Transformation Research Institute at the University of Texas at Austin Dell Medical School.

In part, that's because the data isn't always there or may not be completely accurate. In the real world, no one gets weighed at the doctor's office and immediately gets pregnant, and sometimes weight is self-reported.

In past research, hypotheses have described a similar phenomenon where abnormalities that are maternal, whether it be abnormalities of metabolism, health issues or types of exposure during pregnancy, create a different developmental environment in the uterus, Cahill said. And the hypothesis is that those effects could shape the child as he or she develops later in life.

"The authors tried to speak to a little bit to why this particular pre-pregnancy gestational weight gain might influence outcomes. And, certainly, there's a growing body of literature to suggest that those things might influence fetal or neonatal body composition," Cahill said.

"And those might have lasting effects in terms of risk of childhood obesity and other types of things. But again, these things are very difficult to study," she noted.

The findings were published earlier this year in the journal Paediatric and Perinatal Epidemiology.


A limitation of this study is that researchers weren't able to determine if the mother or father had other behaviors during pregnancy that might also have had an impact on a child's chances of developing allergies.

"The implication for women who are pregnant or who want to become pregnant is that choosing healthy options is really important at this stage," Srugo said.

The U.S. Department of Health and Human Services offers these tips for a healthy pregnancy.