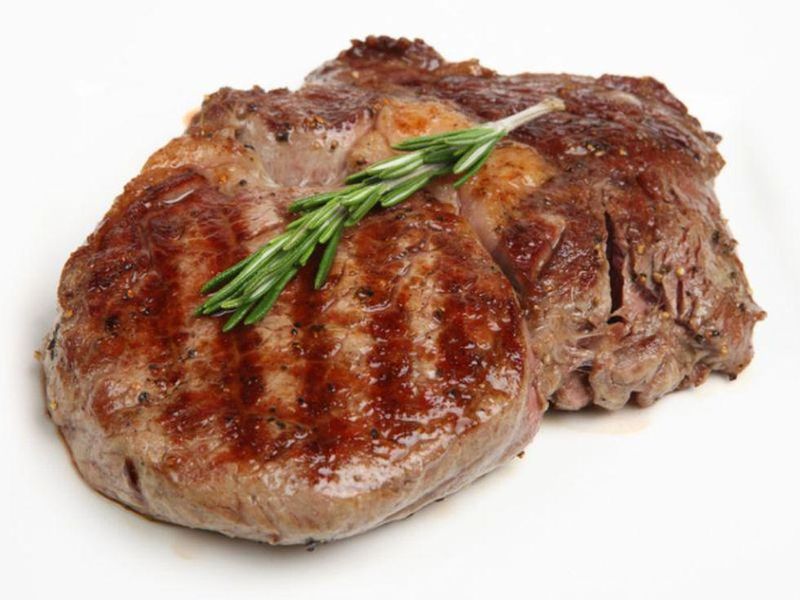 Red Meat Raises Your Heart Risk, and Scientists May Know Why

A daily hamburger might raise the risk of developing heart disease, but not necessarily for the reasons people often think, new research suggests.

The study of nearly 4,000 older Americans found what many have before: People who ate a lot of red meat had a heightened risk of heart disease and stroke.

But there was no evidence that the link was due to a traditional culprit: elevated blood levels of "bad" cholesterol.

Instead, researchers traced the risk, in part, to particular substances produced by the gut microbiome — the trillions of bacteria that reside in the digestive tract. When those bacteria digest red meat, they produce a chemical called TMAO, which can spur inflammation and blood clotting.

For the average person, experts said, the finding leads back to a familiar message: Limit your red meat consumption.

"This does reinforce what we've thought about eating too much meat, and a lack of fiber in the diet," Gardner said, noting that the two often go hand-in-hand.

Gardner, who is also chairman of the American Heart Association's Nutrition Committee, stressed one point.

Instead, Gardner said, the study "builds a stronger case" that gut bacteria and TMAO might be one pathway through which red meat contributes to heart disease and stroke.

Meng Wang, a postdoctoral fellow at Tufts University's Friedman School of Nutrition Science and Policy in Boston, was one of the study leaders.

She said that when it comes to red meat and health, most research has focused on saturated fat and its effects on blood cholesterol.

But while saturated fat can raise LDL ("bad") cholesterol, there is controversy around whether the amounts people typically consume ultimately affect their risk of heart disease.

It's an area that still needs study, Wang said.

The new findings, she said, support looking beyond saturated fat, too: Red meat may be feeding heart disease via other mechanisms.

That's important, in part, because if researchers can unravel the "how," they may be able to develop new ways to cut the risk of heart and blood vessel disease, Wang said.

The study — published online Aug. 1 in the journal Arteriosclerosis, Thrombosis, and Vascular Biology — involved 3,931 U.S. adults aged 65 and older. All had their health and lifestyle habits tracked over time, for up to 26 years.

On average, the risk rose by 22% for every daily serving of red meat. That was with other factors, like body weight, smoking, exercise and other eating habits, taken into account.

When researchers looked for potential explanations, they found that higher blood sugar partly accounted for the link between red meat and heart trouble — as did markers of general inflammation in the body.

How does higher blood sugar fit in? It's unclear, but the researchers speculate that the iron in red meat might be one reason. High iron intake has been tied to an increased risk of diabetes.

There was also a third explanation: Three chemicals produced by gut bacteria accounted for about 10% of the association between red meat and cardiovascular disease.

Those chemicals included TMAO and two precursors to it — all of which are churned out when gut bacteria break down L-carnitine, a nutrient abundant in red meat.

"This study gives us a new look into the 'why' we should limit red and processed meats in our diets," said Whitney Linsenmeyer, an assistant professor at Saint Louis University who reviewed the findings.

Recent studies have been revealing the importance of the gut microbiome to human health, noted Linsenmeyer, who is also a spokeswoman for the Academy of Nutrition and Dietetics.

"So it's no surprise that there is also a link to heart health," she said.

Like Gardner, Linsenmeyer said that for the everyday person, it all comes back to diet. Fortunately, the same eating habits that are considered heart-friendly may also support a healthy gut.