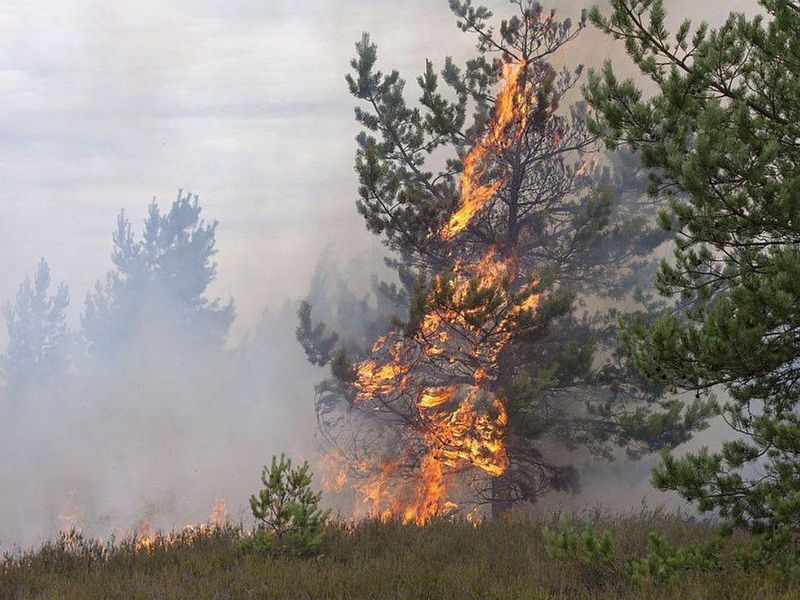 Smoke from wildfires burning along the West Coast is choking the entire United States, reminding everyone of the hazards of climate change.

But that haze isn't just stinging your eyes and choking your breath -- it poses a direct threat to your health, experts say.

Wildfire smoke has been shown to increase risk of heart attacks and strokes, as well as lung ailments like asthma, American Lung Association spokesman Dr. John Balmes said in a video interview with HealthDay Now.

"Over the past five to seven years, we have seen the intensity and the frequency, the size, the destruction and the death toll raising each and every year. Each year surpasses the year before," Mike Ming, staff chief of Cal Fire's behavioral health and wellness program, told HealthDay Now.

These huge wildfires fill the air with tiny particles that wind up deep in the lungs, contributing to a wide range of respiratory illnesses, Balmes said. The fires also create ozone smog pollution, which places stress on the heart and lungs.

A Stanford University study recently estimated there were 1,200 to 3,000 excess deaths between August and September 2020 in northern California, due to bad air quality from wildfires during that time period, Balmes said.

"We're also concerned about increases in risk for respiratory infections in everyone, not just people with preexisting heart and lung disease. That's particularly important in the midst of a pandemic," Balmes said. "Now there are data emerging that air pollution in general and wildfire smoke can increase the risk of COVID-19."

"In addition to burning forests, you're burning urban areas and places where people live," DeCarlo said. "When you start to burn people's homes, you're not only burning wood and grass and leaves anymore. You're also burning things like laptops and appliances and paint and plastics and other things.

"In addition to the typical emissions from forest fires, you're now layering in additional toxicants and things that can be dangerous for people to breathe," DeCarlo added.

"Climate change has multiple effects, and I think the one people are most familiar with is higher temperatures, but climate also changes precipitation patterns," DeCarlo said. "What we're seeing is an incredibly dry mountain west and western United States, and that leads to more fuel for fires, which can then burn longer and hotter than they would otherwise in a wetter scenario."

Unfortunately, climate change has gained so much momentum that even immediate action to clean the air will be too little, too late, DeCarlo said.

"It's going to keep going," DeCarlo said. "Even if we shut down all of our greenhouse gas emissions right now, we're still dialed in for changes over the next couple of decades."

In the meantime, DeCarlo suggests that people limit outdoor activities and exercise on days when the air quality index reaches levels of unhealthy or worse, particularly if you have heart or lung problems.

The U.S. Environmental Protection Agency has more on fire smoke and your health.