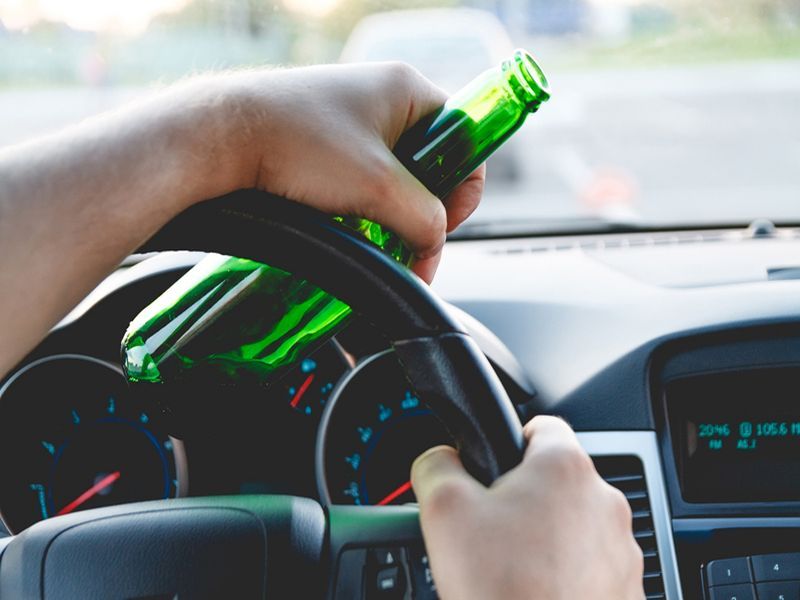 Driving Both High and Drunk More Dangerous Than Either Alone: Study

The hazards of drunken driving are well known, and a new research review shows that adding pot to the mix only makes matters worse.

The analysis of 57 past studies found that the combination of alcohol and marijuana compromised people's driving skills to a greater degree than either substance alone. And while alcohol was more impairing, marijuana was not as benign as some believe.

Specifically, alcohol alone typically made drivers speed up and become more prone to drifting out of their lane or crashing. The higher the blood alcohol level, the worse a person's driving skills.

Marijuana, meanwhile, actually made drivers slow down. But that didn't translate into safety: "High" drivers also had a harder time staying in their lane -- akin to the effects of low blood alcohol levels.

And the combination of alcohol and marijuana diminished that skill even more than either drug alone, the analysis found.

It's important to understand those combined effects, in part because so many people drink and use marijuana together, according to lead researcher Sarah Simmons, who did the study at the University of Calgary in Alberta, Canada. She has recently moved to the Traffic Injury Research Foundation in Ottawa, Ontario, Canada.

There's also a popular notion that pot can even make you a better driver -- because people who are high are aware of it, and try to compensate by slowing down or increasing their following distance behind other cars.

But research has found that's also true of people who text while driving, which is certainly not safe, Simmons pointed out.

The new findings cast further doubt on that popular notion about marijuana.

People did tend to slow their driving speed under the influence of marijuana (though it's not clear they were making a conscious decision to do so, Simmons noted). Despite the slower speed, however, drivers still had trouble with drifting side-to-side.

The review also throws cold water on another theory: The opposing effects of alcohol and marijuana on driving speed might "cancel each other out."

Instead, the analysis found no evidence of that, only showing that the two substances combined worsen drivers' ability to stay in their lane.

The studies in the review were all conducted under safe conditions. They involved healthy volunteers without substance abuse disorders, who had their driving skills assessed in simulators or closed courses, before and after being given fixed amounts of alcohol, marijuana or both.

The results leave questions open, Simmons said. Among them: whether different forms of cannabis, such as edibles, would affect driving differently, and whether results would be the same in people who use cannabis chronically and heavily. (The studies typically recruited occasional users and had them smoke controlled amounts of marijuana.)

"There are many factors to consider when it comes to how cannabis can affect driving," said Pat Aussem, associate vice president of consumer clinical content development for the nonprofit Partnership to End Addiction.

The potency of the THC, the active ingredient in cannabis, is one, Aussem said. A person's tolerance and the amount of time that has passed since using the drug are important, too: Smoking or vaping, she noted, create a quicker high than edibles do.

But the bottom line is that drivers should be sober, for the safety of everyone, said Aussem, who was not involved in the study.

"Why risk an injury, fatality, legal involvement, fees, jail time and more, when the use of a designated driver, public transportation or a ride-sharing service are far safer options?" she said.

The findings -- published online Jan. 26 in the journal Addiction -- come at a time when a growing number of people may be driving with THC in their system.

A study published earlier this month in the New England Journal of Medicine found that since Canada legalized cannabis in 2018, more drivers injured in crashes are testing positive for the drug -- about 18%, compared to 9% in the few years prior.

At the time, experts said the findings do not prove marijuana highs caused those crashes, partly because THC can be detected in the body for days or even weeks after use.

But a similar pattern has been seen in U.S. states that have legalized marijuana, and it's something that should be monitored, according to Dr. Nora Volkow, director of the U.S. National Institute on Drug Abuse.

"It is crucial that we understand the impact of legalization on addiction and a range of other health outcomes, including driving accidents," she said in response to the NEJM study.

The U.S. National Institute on Drug Abuse has more on drugged driving.