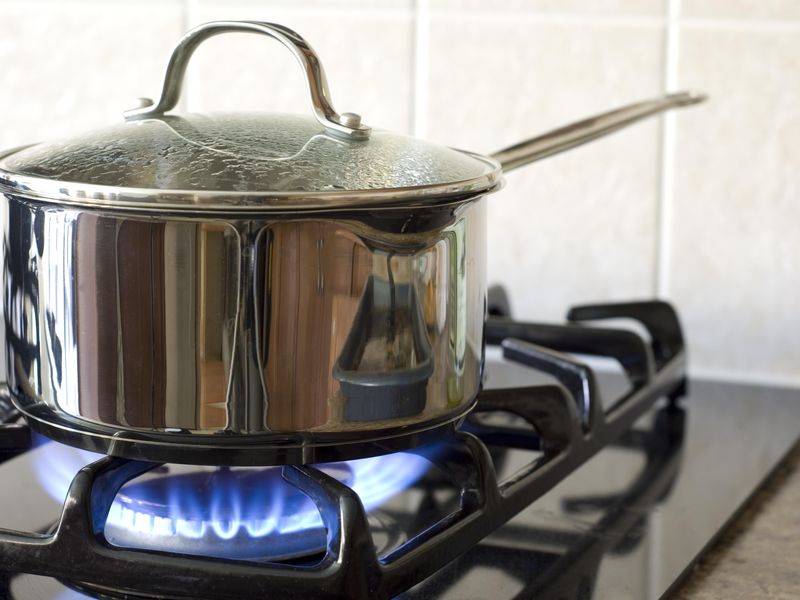 The natural gas being piped into your home contains a wide array of toxic chemicals, including nearly two dozen so harmful they're classified as hazardous air pollutants, a new study says.

"One of the reasons we have natural gas in so many homes is because we've been told that it's clean," said co-author Dr. Curtis Nordgaard, an environmental health scientist with the PSE Healthy Energy research institute in Oakland, Calif. "This shows that while it may be cleaner than burning coal and oil in terms of air pollutants, that doesn't mean that it's completely clean."

The benzene found in natural gas is of particular concern because it's a known carcinogen, and was found in 95% of the samples taken, Nordgaard said.

"Some of the others may have some suspected carcinogenic activity, but benzene is really the one of greatest concern. We know it causes leukemia and it's also been associated with lymphoma," he said.

Another study published in the same journal in January found that most stoves leak natural gas, said Nordgaard and Tasha Stoiber, a senior scientist with the Environmental Working Group in Washington, D.C.

"Your stove, regardless of when you use it, is always at a very low level leaking natural gas," said Stoiber, who was not part of the studies. "This is what you're exposed to all the time, when there's this constant leak."

For this study, Nordgaard and his colleagues collected 234 natural gas samples from the kitchens of 69 homes in and around Boston.

"We know from other research that these pollutants can be found in gas that's coming up from a well," Nordgaard said. "So we suspect a lot of these compounds may actually be present from where the gas comes out of the ground all the way to the pipeline going into your home and your kitchen stove."

Concentrations of hazardous air pollutants in natural gas varied depending on the time of year, with the highest concentrations found in winter.

Distressingly, researchers found that some samples contained inadequate levels of the rotten-egg odorants that are added to natural gas to help folks sniff out leaks.

"At certain times they may not be sufficient enough to smell a low-level leak, which was pretty concerning," Stoiber said.

These dangerous chemicals could be polluting the air of your kitchen and home through slow leaks in your stove.

"When we were doing safety checks during the study, we actually found that 5% of homes had a leak that was large enough that we had recommended it to be repaired," Nordgaard said.

The study published in January reported that stoves in all but four of 53 homes tested were leaking gas, suggesting "that most stoves and associated nearby piping leak some methane continuously."

Nordgaard and Stoiber both recommend that folks replace their gas stoves and cooktops with electric models.

Some cities -- Berkeley, San Francisco, Seattle and New York City among them -- have enacted laws that phase out natural gas hookups to new construction, Stoiber said. These laws are generally meant to fight climate change, but also could be helping protect the indoor air quality of new homes.

People with a gas cooker should be sure to run their range hood while cooking, and make sure they have a range hood that pipes air outside the house rather than recirculating it through the kitchen, Nordgaard said.

It also wouldn't hurt to cook with windows open and plenty of air circulation, Stoiber added.

Both experts said you also should call in an HVAC contractor to inspect your natural gas appliances and make sure they are as leak-proof as possible.

The Environmental Working Group has more on maintaining a pollution-free home.