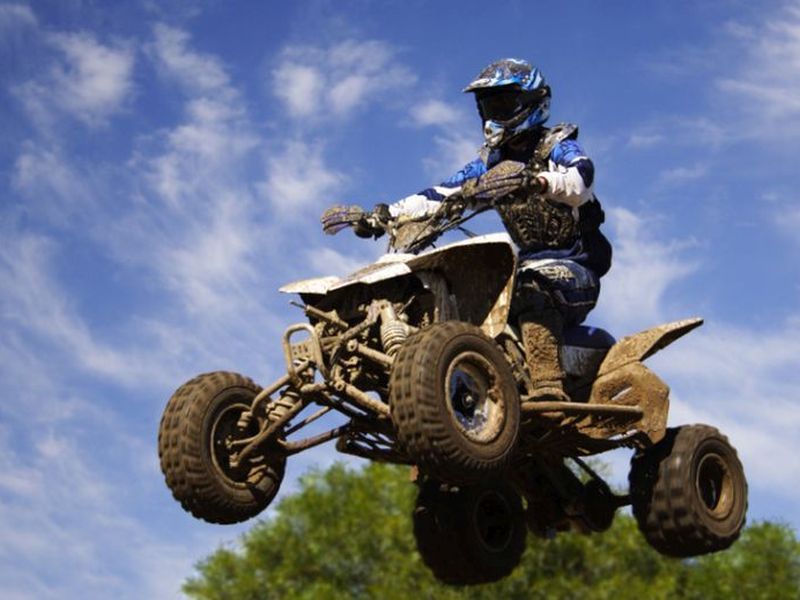 Thousands of U.S. Kids Have Died Riding ATVs, Many More Sent to ERs

Pediatric surgeon Dr. Rony Marwan has seen way too many kids who have been seriously injured in all-terrain vehicle (ATV) accidents.

"My kids are not allowed to ride in ATVs because of the horrific things I have seen," said Marwan, who works at University of Missouri Health Care in Columbia.

Every hour, four kids go to U.S. emergency rooms for injuries sustained in an ATV accident, while more than 3,000 have been killed as a result of those accidents between 1982 and 2015, according to the American Academy of Pediatrics (AAP).

To help put a dent in those statistics and save lives, the AAP is stepping up efforts with a new report on ATV safety and a policy statement warning parents about the inherent dangers of ATVs.

Introduced in the mid-1970s, ATVs have three or four off-road tires, throttle and brakes on the handlebars, and a straddle seat. Outdoor enthusiasts ride ATVs on trails, fields and off-highway vehicle parks.

In its new policy statement, the AAP advises kids to stay off ATVs.

"The main recommendation is that children under 16 should not ride or operate an ATV," said study author Dr. Charles Jennissen. He is a clinical professor of emergency medicine at the University of Iowa Health Care in Iowa City.

Research has suggested that the number of injuries and deaths in kids involving ATVs increased during the COVID-19 pandemic, likely due to more free time during shut-downs. If parents do allow kids to ride on these vehicles, they must enforce the safety rules, Jennissen said.

"Most children and teens on ATVs are not following the rules such as wearing a helmet, not riding with a passenger, not riding on a paved road or riding a vehicle that is not youth-sized or not riding at night," he said.

Common ATV injuries include bumps, bruises, cuts, dislocations and fractures, but a rollover can lead to trauma to the chest, abdomen, head or spine.

"Kids can literally fly off of ATVs and sustain blunt injuries to the head, chest or belly, or be pinned by an ATV," said Marwan.

More than 90% of deaths and injuries among ATV riders younger than 16 occurred in an adult-size vehicle, the AAP noted. Kids just don't have the physical, mental and cognitive wherewithal to operate ATVs, especially the larger adult models.

Around 60% of ATV deaths take place on public roadways, the AAP said. These vehicles have a high center of gravity, a narrow track and off-road tires that unevenly grab paved or gravel roads.

This is why it's important to only ride in age- and size-appropriate ATVs and stay off all public roads, the AAP stated.

ATV safety laws can differ by state and county. All states should mandate ATV hands-on safety training and require age-appropriate operator licenses for kids. In addition, all ATVs should have a safety flag to increase visibility.

There likely won't be standardized regulations across the nation any time soon.

"It's really up to parents to enforce safety rules for their own children and develop a safety culture related to ATV use," Jennissen noted.

There are other ways for ATV riders to stay safe.

For starters, never allow kids under 6 on an ATV, Marwan stressed.

Stay off the road at night, he added. "Riding at night is especially dangerous because you can't see the terrain and you may be on a road shared with other vehicles," Marwan said.

If you do let your child ride in an ATV, make sure they are wearing a helmet, Marwan stressed. "Head trauma is the No. 1 cause of death in these accidents, and this occurs in kids who don't have helmets," he said.

"The dangers of riding off-highway vehicles are real and include overturning, collisions and occupant ejection," Harrington said.

Make sure you or your child gets hands-on training from a qualified instructor, he said. And, "never ride with more passengers than there are seats," he warned.

Another good idea? Avoid drinking alcohol before or while driving an ATV. "Alcohol can impair judgment and response time," Harrington said.