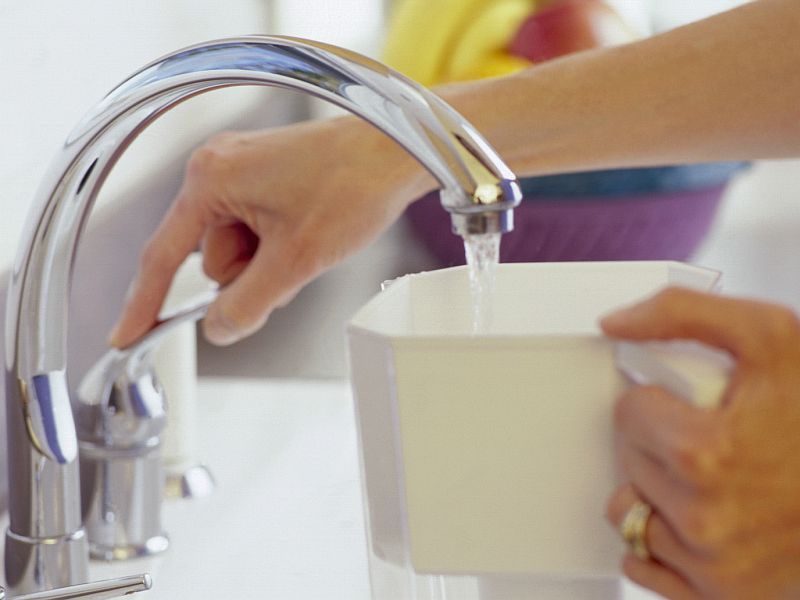 In an effort to further lower lead levels in drinking water, the Biden administration on Thursday announced $2.9 billion in infrastructure bill funds for lead pipe removal and tighter lead limits.

The new, tougher limits to be imposed by the Environmental Protection Agency (EPA) are expected to be finalized by 2024 and would require the replacement of remaining lead drinking water pipes as quickly as possible, the White House said in a statement announcing the new plan.

"Over the past year, I have visited with and heard from communities in Chicago, Flint, Jackson, and many other areas that are impacted by lead in drinking water," EPA administrator Michael Regan said in an agency statement. "These conversations have underscored the need to proactively remove lead service lines, especially in low-income communities. The science on lead is settled -- there is no safe level of exposure and it is time to remove this risk to support thriving people and vibrant communities."

In remarks made at the AFL-CIO's Washington, D.C., headquarters on Thursday, Vice President Kamala Harris acknowledged the goal is lofty.

"The challenge that we face is, without any question, great. Lead is built into our cities. It is laid under our roads and it is installed in our homes," Harris said.

Environmental advocates had mixed reactions to the 10-year plan.

"The top priority must be to require removal of all lead pipes within the decade and to set a strict at-the-tap standard, which is the only way to prevent another generation of kids from drinking water through what is essentially a lead straw," Erik Olson, senior strategic director of health at the Natural Resources Defense Council, told the Associated Press. "Good intentions won't be enough to get the job done."

John Rumpler, senior attorney with Environment America, told the AP that the plans are "long overdue and an indispensable step toward securing safe water." He also said the EPA should set a 10-year deadline to replace lead service lines, as New Jersey did in July.

The Trump-era rule said public water systems should replace 3% of their lead service lines each year if lead levels exceed 15 parts per billion. That rate is lower than the previous 7% requirement, but Trump administration officials said at the time that the rule eliminated loopholes that allowed water systems to avoid removing pipes and would actually make the replacement process faster.

The federal government estimates that as many as 10 million homes nationwide get water through lead service lines, which connect buildings to the water main. Lead from the pipes can get into the water.

Ingestion of lead can cause severe developmental and neurological problems, especially in children, the AP reported.

Visit the U.S. Environmental Protection Agency for more on lead in drinking water.