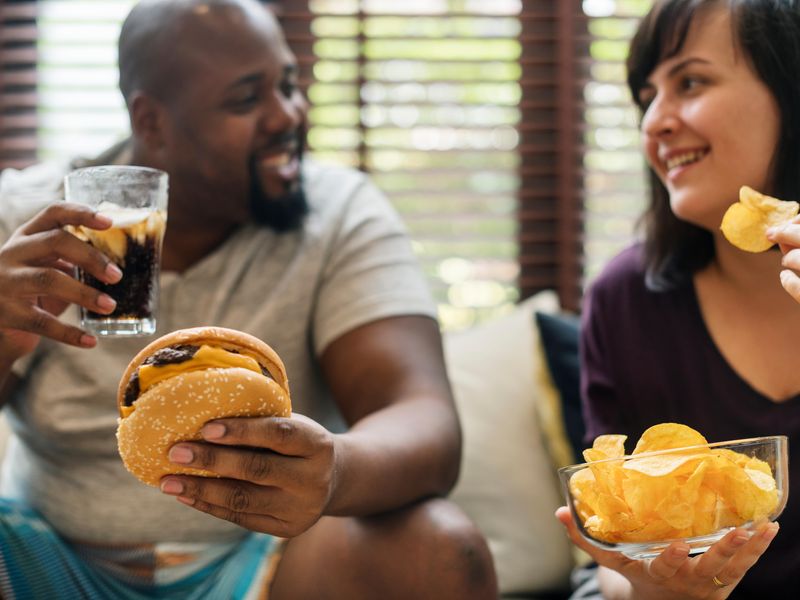 Will it be a cheeseburger or a salad? What will they think of me?

A new study finds you're more likely to choose to eat healthy if you're with an "outsider" because you don't want them to have a poor opinion of you.

The study consisted of a series of experiments with several hundred adults in a large U.S. city and university.

"We know that food plays an important role in social life, and consumers often make inferences about others' traits and characteristics based on their food choices," said researcher Janina Steinmetz, an associate professor of marketing at City University London in the United Kingdom

In another experiment, 200 people were told that others around them were either judgmental or tolerant. In the judgmental setting, participants were more likely to choose carrots over cookies than in the tolerant environment, the investigators found.

The researchers also found that participants were more likely to choose a healthy snack when someone from a different race was present.

The findings show that the presence of people from different friendship or social groups can influence food choices. The report was published online recently in the journal Psychology & Marketing.

Despite being encouraged to make healthier food choices, people often struggle to maintain a good diet. This research suggests that one way to promote a healthy diet could be for policy makers and food marketers to highlight the social benefits of healthy choices, Steinmetz said.

"Our research shows that we can use this important role of food for consumer welfare if we highlight that healthy food is not only good for consumers, but also helps them to impress others," Steinmetz said in a university news release. "These findings … open a new avenue to promote the benefits of healthy eating: It's good for you and your health, and it's also good for making a positive impression."

The U.S. Department of Agriculture has more about healthy eating.