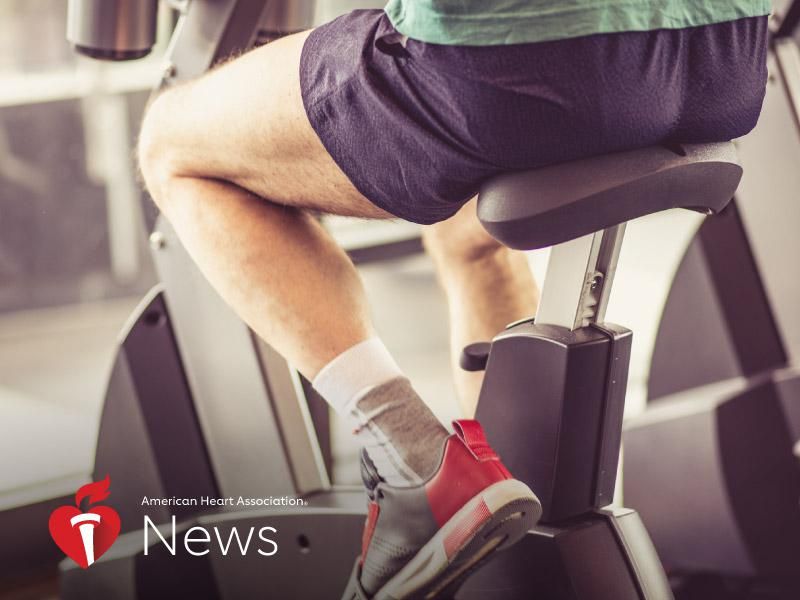 Exercise training could be a useful supplemental treatment for people with moderate to severe obstructive sleep apnea, the research showed. The condition is characterized by loud snoring and disrupted breathing and can raise the risk for heart disease, stroke and cognitive decline. It is typically treated with continuous positive airway pressure, or CPAP, a machine that pushes air through a mask into the airway to keep it open while a person sleeps.

"Exercise training appears to be an attractive and adjunctive (add-on) non-pharmacological treatment," said lead investigator Linda Massako Ueno-Pardi, an associate professor at the School of Arts, Science and Humanities at the University of São Paulo in Brazil. She also is a research collaborator at the university's Heart Institute and Institute of Psychiatry, Faculty of Medicine.

Estimates show obstructive sleep apnea affects roughly 9% to 38% of U.S. adults, though many cases are thought to be undiagnosed. It is more common in men than women and becomes more prevalent as people age.

According to a scientific statement by the American Heart Association published in June, between 40% and 80% of people with cardiovascular disease have sleep apnea.

The condition often is associated with obesity, which can narrow the airway at the back of the throat, making it harder to breathe while lying down. Cigarette smoking, family history, nasal congestion, back sleeping, drinking alcohol, having a thicker neck or narrow throat and some hormone abnormalities also can contribute to the condition. Some medical conditions, such as Type 2 diabetes, also raise the risk for sleep apnea.

Previous studies have shown people with sleep apnea experience a decrease in brain glucose metabolism, or the brain's ability to upload and properly use glucose, its main source of fuel. This can impair cognitive function. Ueno-Pardi and her team explored whether exercise could help correct that.

Participants in both groups were given a series of tests to measure exercise capacity, brain glucose metabolism and cognitive function, including attention and executive function -- the ability to plan and carry out tasks. Researchers also measured the severity of obstructive sleep apnea symptoms, such as disruptions to breathing and reductions in the body's oxygen levels, or hypoxia, which has been shown to impact attention and executive function skills.

At the end of six months, those in the exercise group showed an increased capacity for exercise; improvements in the brain's ability to use glucose; reductions in sleep apnea symptoms; and a boost in cognitive function, including a 32% improvement in attention and executive function. Those who did not exercise experienced no changes except a decline in brain glucose metabolism.

The findings, reported this week at the AHA's Hypertension Scientific Sessions virtual conference, are considered preliminary until published in a peer-reviewed journal.

The research makes a good case as to why exercise should be added to the treatment strategy for sleep apnea, said Michael Grandner, director of the Sleep and Health Research Program and associate professor of psychiatry at the University of Arizona College of Medicine in Tucson. He was not involved in the study.

The findings are important because they show exercise could benefit brain health in people with sleep disorders, he said.

"Our current treatments largely involve pushing air down people's airways, which is great, and it works. But it is kind of a blunt instrument. Exercise training is one option that could add benefit and maybe even be curative. This is especially important with a disease where our gold standard treatment is not curative."

CPAP machines do little to address obesity, the largest cause of obstructive sleep apnea. Exercise training may be effective in reducing the excess fat around the airways that makes it harder for people to breathe at night, Grandner said.

That's one of the outcomes Ueno-Pardi believes happened in her study. While she and her team didn't measure weight loss or muscle tone, they did measure percentage of body fat and found a "significant reduction" in the exercise group, she said. The exercise may have improved sleep apnea severity by decreasing body fat, especially around the airways.

"There's a lot of research out there that weight loss is a really powerful strategy for treating sleep apnea," Grandner said.